YOU ARE AT: Business MK > Lifestyle > History talks as Vauxhall nets innovation award 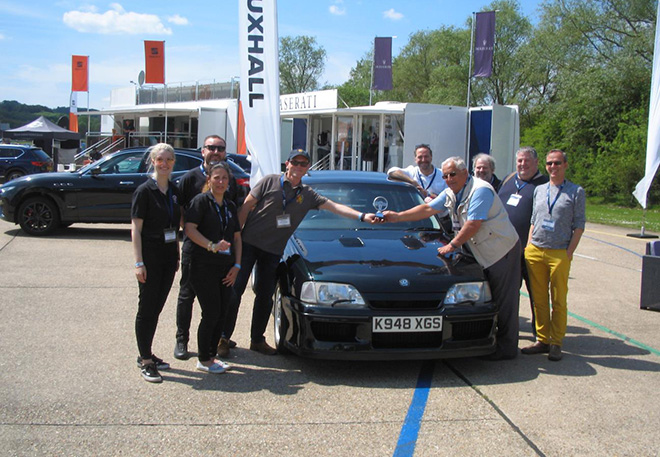 MANY UK motor brands have invested in heritage fleets to promote their image. But no one uses their vintage stock better than Vauxhall.

So says the
Southern Group of Motoring Writers, which has awarded the Griffin brand to win
the Best in PR Innovation category in the group’s annual awards.

“Members often
discuss a particularly clever launch event or unusual test-driving route
organised by a manufacturer but the runaway winner in this year’s awards was
how Vauxhall has used an impressive heritage fleet and its Luton base to
underpin brand press events and activities,” says group chairman Ian Robertson.

“Everything from
having the fleet line-up as a backdrop to present market information, to
special heritage driving days; members have noticed that Vauxhall deploys its
long-standing vintage collection intelligently and carefully.”

As if to underline the point, it was the fleet’s Lotus Carlton that Vauxhall chose as the centre point to the award presentation, held at this year’s SMMT Test Day at the Millbrook Proving Ground near Ampthill.

“We really
appreciate being awarded this trophy,” says Vauxhall head of product PR and heritage
Simon Hucknall as he receives the award from SGMW vice-chairman, David Ward.

“We’ve just moved
to new offices on the other side of Luton and it can be the first of hopefully
many more awards in our new trophy cabinet. It’s nice for the team to be
recognised by some of our provincial motoring writers and we in turn appreciate
their hard work in covering all matters relating to Vauxhall.”