YOU ARE AT: Business MK > Aviation > Historic hydrogen-powered flight takes off from Cranfield 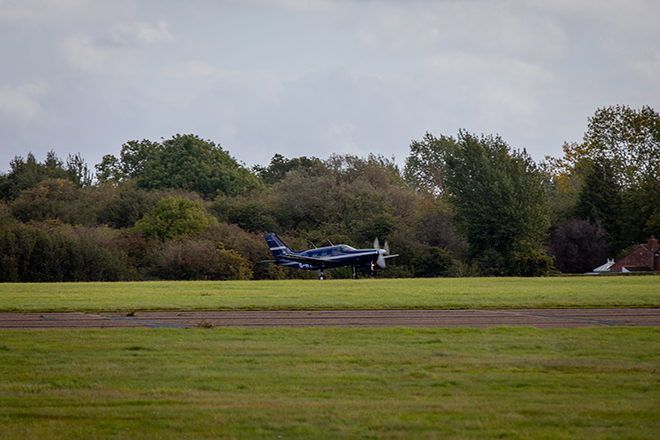 THE world’s first hydrogen fuel cell powered flight of a commercial-grade aircraft has taken place at Cranfield Airport in Bedfordshire.

The flight took off on Thursday (September 24) at ZeroAvia’s R&D facility at the airport.

The Piper M-class six-seat plane completed taxi, take-off, a full pattern circuit, before landing back at the airport. The flight was watched by the Aviation Minister Robert Courts.

ZeroAvia were assisted by Cranfield Aerospace Solutions in achieving certification from the Civil Aviation Authority for the aircraft.

Professor Iain Gray, director of aerospace at airport owner Cranfield University, said: “This is a momentous day for the aerospace and the aviation industry. Arguably, this is as a big a moment in aerospace as any in the last 75 years, comparable with the first flight of the jet engine.

“We are tremendously proud that ZeroAvia has chosen to develop their technology at our global research airport and we look forward to continuing to support their efforts.”

The university’s director of aviation operations Rob Abbott added: “All of us at Cranfield Airport are proud to have supported the world’s first hydrogen powered commercial-grade aircraft flight by ZeroAvia. This marks another momentous occasion for the airport and demonstrates further our commitment to innovation.”