YOU ARE AT: Business MK > News > Higher borrowing offset by extra £5 billion in spending cuts by 2018 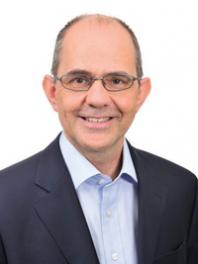 Slower than expected growth leads to persistently higher public borrowing but the OBR has judged that a significant part of this is cyclical rather than structural.
Additional spending cuts of around £5 billion have been pencilled in for 2017/18 in order to meet the Chancellor’s rolling target of eliminating the structural budget deficit within five years.
Before that, the tax and spending measures largely cancel out, so leaving the overall package broadly fiscally neutral on a cumulative basis up to 2016/17.
Mike Robinson (pictured), senior partner at PwC in Milton Keynes, said: “The OBR has made its growth and public finance forecasts more realistic but has helped the Chancellor by assessing that much of this deterioration is a temporary cyclical phenomenon rather than a permanent structural problem.
“This means that the Chancellor has been able to meet his fiscal targets with just a one-year delay and a relatively small £5 billion of additional austerity in 2017/18.

“The markets should not be unduly concerned by the one-year delay in the government’s schedule for getting the public debt to GDP ratio back on a downward path. But there is a risk that more of the deterioration in the public finances could eventually turn out to be structural than the OBR is currently assuming, in which case additional spending cuts or tax rises may be required in the longer term.

“Given the state of the public finances, the Chancellor had little money to spare but played his cards with some skill by shifting spending from current to capital investment while also squeezing in some business-friendly tax measures.

"At the margin, these should be positive for economic growth in the medium term, but realistically any impact will be relatively small at the macroeconomic level given the limited funds that the Chancellor had at his disposal.”
The Chancellor’s Statement contained a strong focus on fairness, with the promise to tackle anti-avoidance.
In particular, he promised to clamp down on ‘tax loopholes’, while addressing fairness by increasing the personal allowance on Income Tax by £234. For businesses, the move to decrease the headline rate of Corporation Tax to 21% from April 2014 is a further boost to UK competitiveness.
Gary Telford, tax partner at PwC in Milton Keynes, said: “Fairness in the tax system is important and the Chancellor is taking steps to address this in a positive and proactive way, which should be welcomed by all.
“We need a system that provides a level playing field to all businesses, whilst helping to ensure their global competitiveness.”
Commenting on the decision to introduce a further 1% reduction in the headline rate of Corporation Tax – reducing it to 21 per cent from April 2014, Mr Telford added: “News that the Chancellor is prepared to drive down Corporation Tax further while continuing its agenda of corporate tax reform, is positive news and should help to encourage corporates to stay and invest in Milton Keynes and could even attract newcomers.”
The announcement about plans to move forward with a new PFI scheme at the same time as investing in skills development and education and committing funding to housing projects will be particularly well received by the Milton Keynes’ construction sector.
“The construction sector has suffered hardest from the economic downturn and this commitment to support projects and skills development at a grassroots level will be particularly welcome,” said Mr Telford.
“The Chancellor’s announcement of £5 billion for investment in infrastructure – schools, roads and other projects – is also positive. The region must collaborate to ensure we maximise benefit from these moves.”
For entrepreneurial businesses, the Chancellor gave his commitment to encourage share ownership. Further detail on draft owner-employee legislation is due on December 11 in the Finance Bill and more information on employee ownership will come next year.
“The decision to move ahead with plans to encourage employee share ownership is positive and will be welcomed by businesses,” Mr Telford said. “However, exactly how many employees will be willing to trade in some of their employment rights for share ownership remains to be seen.”