YOU ARE AT: Business MK > News > High on promises, low on delivery

High on promises, low on delivery 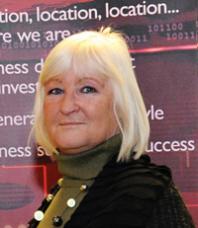 TODAY marks the halfway point of the coalition government’s five-year term. The British Chambers of Commerce has assessed the government’s progress so far and, although there have been some positive achievements, there is still a long way to go if the UK is to see a lasting recovery.

When the coalition took office in 2010, the BCC vowed to judge the new government’s success on what it delivered to promote business recovery in the UK.
The Chambers believe there has been commendable achievements, such as taking difficult decisions on reducing the public spending deficit – a top priority for ministers, the BCC says.
Progress has also been made on reducing the regulatory burden on UK companies, it adds.
Bedfordshire Chamber of Commerce chief executive Cheryl Smart (pictured) said: “But despite positive steps in some areas, the government still has more work to do over the coming months if we are to see a real improvement in the UK’s long-term growth prospects.
“Ministers must listen to calls from businesses to help them get the finance they need, and provide support to help them find new international markets for their products and services.
“Action needs to be taken immediately if we are to see the export-led recovery the government has been calling for, and investment in the UK’s crumbling infrastructure would allow businesses to transport their goods and people around the world.
“The government and the Bank of England should use their balance sheets, both for targeted investment and for securitisation, at a time when Britain has both market credibility and rock-bottom borrowing costs, or we will continue to fall behind our global competitors.
“It is fair to say the government has been high on promises but, so far, low on delivery. In the Autumn Statement next month, we need to see bold leadership that will give businesses confidence to invest, create jobs and grow their companies which will in turn drive the economic recovery.”