YOU ARE AT: Business MK > News > Growth rate set to rise above 3% this year, say analysts

Growth rate set to rise above 3% this year, say analysts 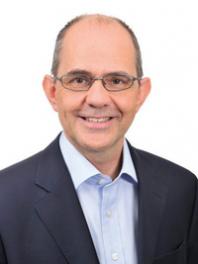 The figure reflects forecasts for the South East region, which is expected to be 3.3%.

House prices in the region could rise by 8.7% this year, but pace of growth is expected to moderate over the next two to three years.

The report projects GDP growth in the South East will pick up from 2% last year to around 3.3% in 2014 – ahead of the 3.0% projected in March and predicted growth for the UK economy as a whole which is expected to ease slightly to 2.6% in 2015 as consumer spending growth moderates.

London is expected to continue to lead the recovery with growth of 3.4% in 2014, but all regions should see growth of above 2% this year.

“This is reinforced by the news this week that the South East Midlands Local Enterprise Partnership has been awarded a Local Growth Deal, which will see an investment of £64.6 million into the area, potentially creating 4,200 new jobs and over 3,800 new homes by 2020.

“In addition, inflation has fallen faster than expected recently, and we expect it to remain at or slightly below target in 2014-15. As a result, we expect the MPC to keep interest rates on hold in the short term but then to increase them gradually from late 2014 or early 2015 onwards, perhaps returning to around 4% by 2020.

“While higher interest rates will help savers and reduce pension fund deficits, households need to bear in mind likely future interest rate rises in any decisions on mortgages or other longer term loans.”

Average UK house could be worth around £328,000 by 2020, the report says. PwC has concluded that the UK housing market has leapt back into life over the past 12-18 months, with prices accelerating across all regions.