YOU ARE AT: Business MK > News > Growth policies are out of touch, say small firms

Growth policies are out of touch, say small firms 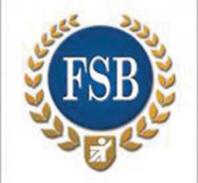 Ahead of the Conservative Party conference this week, the Federation of Small Businesses is warning that while the government has adopted many policies that will help small firms, few go far enough to tackle the problems they face.
They belong to a time when unemployment was lower and spending on the high street higher.
Cutting back on red tape and providing initiatives to help small firms employ have been welcome moves to help small firms grow, but they do not go far enough. The FSB is calling on the government to be bolder.
FSB Luton & South Beds chairman Carole Hegley said:, “If unemployment was lower and consumer spending higher, government policies to grow the economy might work. But they are out of touch with reality.
“With growth sluggish, spending on the high street low and unemployment high, the government needs to ratchet up its growth agenda and send a clear signal to the business community that it will support them.”
Small businesses continue to be stifled by challenges that affected them during the recession, according to FSB research. It shows that lack of work and uncertainty over contracts (37%), the state of the economy (33%), cashflow (31%) and access to finance, as well as the cost of credit (16%) are preventing them from taking on staff.
The FSB has called on government to create policies that will encourage entrepreneurs and help small businesses to take on staff and tackle unemployment in the real economic climate.
It also wants ministers to extend existing schemes to help small businesses take on staff and to adopt targeted measures to boost growth, including:
Small businesses also want more help to employ more apprentices and interns. They urge the government to cut bureaucracy and reintroducing the Graduate Internship Scheme. 21% of business owners said increased support would encourage them to take on an apprentice.
Caroel Hegley said: “Small firms lack confidence about their future prospects but they also hold the key to recovery. Kickstarting demand and further aiding job creation would give small firms a fighting chance to return to growth.
“As it stands, government policies are merely scratching the surface.”