YOU ARE AT: Business MK > News > Growth in business travel boosts easyJet profits 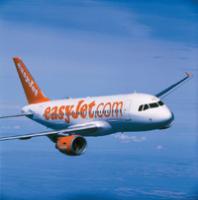 The airline, whose UK headquarters are at London Luton Airport, has reported a revenue increase of 23% to £935 million in the period from April to July this year and is forecasting a pre-tax profit of around £200 million for its year ending September 20.
Executives are delighted that the flexible fare strategy launched last November to back up the airline’s ‘travelling on business’ initiative has made good progress. The airline also reports that more than 75% of its summer seats have been sold.
Chief executive Carolyn McCall said: “The strong operational and commercial performance in the quarter reflects the continued successful implementation of the strategy we outlined last November. Against the backdrop of high fuel prices and an uncertain economic environment, the strength of easyJet’s trading demonstrates it is well placed to succeed”.