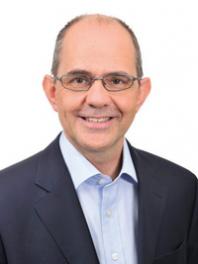 The latest UK Economic Outlook report from business advisers PwC also suggests that growth in the region will be above the UK average, which is expected to grow from around 1.4% in 2013 to around 2.4% in 2013.
But, while all regions should follow the same broad upward trend, the rate of growth will not be evenly spread across the UK. The slowest growing region in 2014 will be Northern Ireland (1.6%), while London will be the fastest growing area (2.8%).
Mike Robinson pictured, senior partner at PwC’s Milton Keynes office, said: “For those working in the city, it is clear to see that the Milton Keynes economy is gathering real momentum.
"The unemployment rate here is below the national average, inward investment remains buoyant and there is a growing sense of business confidence.
“This report also demonstrates that the economy of wider South East region is on the right trajectory. To ensure this translates into the long term, we need to see these improved trading conditions continue.”

The report shows that UK inflation remains stubbornly above target at an average of around 2.7% in 2013 and is expected to subside only slightly to 2.4% in 2014.

However there still could be upside risks to this inflation outlook if stronger global growth in 2014 pushes up commodity prices again.
The report also examined nominal house prices rises over the last year by region and compared them to inflation over the same period.
It found that while UK house prices have risen by 2.9% following a period of relative stagnation in 2011 and 2012, in the South East, house prices have risen by just 1.1% – well below the rate of inflation.
Mr Robinson said: “Given persistent above target inflation, we do not expect any significant further easing of monetary policy and attention could eventually turn to higher interest rates, although possibly not until late 2015, which is when we project the unemployment rate to fall to below 7% in our main scenario.
“Above target inflation will contribute to a continued decline in real earnings growth in 2013 and 2014, making it six successive years of negative real growth. But while we expect to see a gradual recovery in 2015-2017, the level of real earnings in 2017 would nonetheless remain around 6% below its peak level in 2008 in our main scenario.
"On the brighter side, this should help to keep total UK employment growing at a healthy rate over the next four years, despite continued public sector job losses over this period.”