YOU ARE AT: Business MK > Environment > Government turns to waste expert 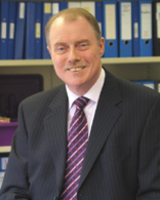 He will sit on the independent WEEE Advisory Body. His appointment was announced by Minister for Energy Malcolm Wicks.

Mr Maguire (pictured) said: “Electronic equipment forms the fastest-growing waste stream and if we do not take action now to manage the levels being sent for landfill, it will prove to be an ecological disaster.

"My particular interest is to promote professional refurbishment and on-going use not only of computers but of all electrical and electronic equipment. The WAB will be the mechanism to deliver industry’s views direct to the heart of government.”

Mr Maguire has worked in various senior commercial positions within the IT sector including at ICL, Wang, and Dowty Communications. In the late 1990s he was retained by Ernst & Young and tasked with liquidating the UK assets of Commodore Business Machines which sparked his interest in computer remarketing and reuse.

Energy minister Malcolm Wicks, who announced the WAB appointments, said: “More and more electrical goods are being thrown out each year, with around two million tonnes in the UK alone. The government is committed to ensure that more of this waste is recycled, and not just consigned to the scrap heap.

“Since the UK adopted the WEEE directive, a great deal has been achieved by making sure more waste is collected for treatment and recovery. The establishment of the advisory body will ensure we receive expert advice and to help us build on this initial success”