YOU ARE AT: Business MK > News > Government ‘must bite the bullet on balancing the budget’

Government ‘must bite the bullet on balancing the budget’ 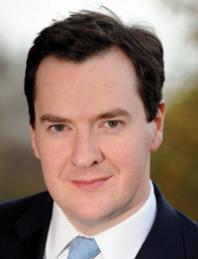 Dr John Glen, senior lecturer in economics at Cranfield University, said Mr Osborne would soon have no choice but to do so if he was to reach his objectives.

Compared to other developed economies, the UK had produced “a really good performance”, Dr Glen said.

But after both General Election wins Mr Osborne had been seen to “swallow the austerity pill big style”.

Speaking at an annual tax and economic update held at the Milton Keynes office of international accountancy firm Mazars, Dr Glen said: “To sort out the public finances is the right thing to do but he overstresses it.

“He does not manage the message properly and as a result frightens both consumers and investors.”

Mr Pentelow added: “This is the result of a combination of pension provision being dismantled, a rise in dividend rates, a low capital gains tax rate which only benefits a sale, and the threat of re-characterisation of capital transactions as dividends through the Transactions in Securities rules..

“Among the questions this poses for the shareholder in the mid-market sector were: how can we now realise value from our company if we cannot do it through pension provision, if dividend tax is higher and if we don’t want to sell the company? How can we avoid having all our wealth concentrated in the company and so reduce risk?

“What are needed are new strategies for partial equity release for mid-market companies.”

Where shares historically would have passed from one generation to another by gift family MBO-type arrangements worth exploring, he suggested.