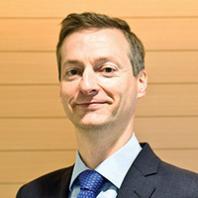 The investment is part of £215 million committed to the Digital, Medicines Discovery, Future Cities and Transport Systems Catapult centres as part of the government’s modern Industrial Strategy.

It builds on the announcement made in August by the Chancellor of the Exchequer, Phillip Hammond, of nearly £1 billion for the Catapult network and fully funds all centres for the next five years.

Future Cities Catapult and Transport Systems Catapult will unite to create a new organisation that will tackle the problems of modern city living and address the future of mobility.

The world of transport will transform dramatically over the coming decade as new technology, such as decarbonised power sources, mobile communications, AI and big data radically transform the way that transport outcomes can be delivered.

The new Catapult will better help businesses access the UK’s world-leading research expertise, enabling them to grow faster and generate more jobs. It will accelerate the opportunity for UK business to be at the forefront of urban and transport innovation.

TSC chief executive Paul Campion said: “The whole Transport Systems Catapult team is delighted by the confirmation of five years of funding to continue the work we are doing to grow the UK economy and jobs.

“The plan to bring together all the experts in the Future Cities and Transport Systems Catapults will enable us to reach higher and deliver the UK’s Industrial Strategy with even more confidence and capability. We are excited and optimistic about the future and our joint part in putting the UK in the global lead.”

The boards of the existing Catapults will form a single board to drive the enhanced organisation forward. It will be chaired by Terry Hill, the current chair of the Transport Systems Catapult.

The new Catapult is expected to be formed by April 2019 and will continue to operate from its two existing centres in Milton Keynes and London. New locations are planned for Glasgow and Leeds.