YOU ARE AT: Business MK > News > Government gives green light for HCA land transfer to council 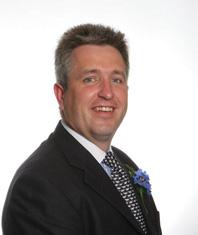 The move puts Milton Keynes in control of its own growth agenda, with planning powers throughout the borough in the hands of locally-elected representatives for the first time.
The Department for Communities and Local Government today gave its seal of approval to the transfer, worth £32 million and which will make the council the sole planning authority in Milton Keynes, instead of sharing responsibility with an arm of central government.
The council will receive land assets from the HCA which include sites for new homes, offices and commercial premises in Central Milton Keynes and around 20 main sites including the National Bowl, Coachway, and hundreds of smaller parcels of land.
Now details of the settlement have been agreed between the council, HCA and DCLG, consultation will begin on the transfer of planning functions.
Milton Keynes Council’s cabinet provisionally agreed the transfer in June and Parliament is expected to formally transfer planning powers to the council by the end of this year.
Council leader Cllr Andrew Geary (pictured) said: “This is an important new chapter for Milton Keynes. For the first time, local democratically elected people are in a position to control the destiny of Milton Keynes, and in turn, residents will have a much fuller say on the development of their city.
“Being the sole planning authority, and having control of additional land assets gives the council greater flexibility to manage the whole package efficiently and effectively.
"We can deliver the right conditions for growth, attracting investors and creating more jobs. It is truly localism in action.”