YOU ARE AT: Business MK > News > Government confirms £22.5m towards dualling of A421

Government confirms £22.5m towards dualling of A421 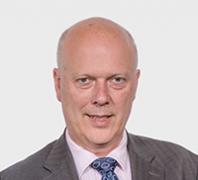 Secretary of State Chris Grayling made the announcement today (Thursday) during a visit to the Amazon distribution centre at Ridgmont.

Central Bedfordshire Council will be leading the project, working with Milton Keynes Council, to deliver the upgraded section of the existing A421.

The road is used by almost 30,000 vehicles a day and both councils will contribute up to £3 million to the £28.5 million project.

Central Bedfordshire Council leader Cllr James Jamieson said: “As a council we have a commitment to investing in infrastructure and and providing it ahead of growth to ensure that is sustainable. The A421 road project supports our priorities to enhance Central Bedfordshire.

“We are delighted to receive the confirmation of this government funding. The upgraded road will provide future and existing residents with improved infrastructure that will open up opportunities for leisure activities, housing and employment.

“It will also help take traffic away from local parishes, increase safety, and benefit businesses and commuters.”

The widened road is anticipated to make a significant contribution to the area, including 2,500 jobs, he added.

Patrick Faulkner, general manager of the Amazon facilities at Ridgmont, said: “One of the reasons we came here was the great links to Britain’s transport networks and our ability to find great people to join Amazon to prepare orders for our customers. Our job is to meet our promise to customers to deliver their orders when they need them.

“We welcome this new investment that will help open up the transport network and help us meet our promise to customers.

The project completes the overall dualling of the A421 road between Milton Keynes and Bedford. This last stage of the A421 road dualling project runs from junction 13 of the M1 motorway up to Eagle Farm Roundabout and is 3km in length, most of which is in in Central Bedfordshire.

The widened carriageway will need two bridges to be extended: the Cranfield Road bridge, plus another footbridge near Hulcote that will safely take pedestrians, horseriders and cyclists over the A421 (via four public rights of way). The road works for the improvements are anticipated to take 18-24 months.

THOUSANDS of new homes could be built in Milton Keynes on a site east of the M1 and within the emerging Cambridge – Milton Keynes – Oxford growth corridor.

Milton Keynes Council has reached the next stage of a significant funding bid which, if successful, would see almost £76 million invested in a new bridge over the M1 and unlock other infrastructure, such as schools and GP surgeries, that would make it feasible to build new homes in the area.

The Housing Infrastructure Fund is a government capital grant programme of up to up to £4.1 billion to deliver over 400,000 new homes.

Milton Keynes Council has reached the second stage of the bid and its proposals will now be worked on in detail, including the number and location of new homes that could be built, to allow ministers to make a final decision on which areas to support.

The possible expansion area east of the M1 (Milton Keynes East Sustainable Urban Extension area) is referenced in Plan:MK, the borough’s development strategy which outlines how MK will grow in the coming years to meet population growth.

The development of the site hinges on a successful funding bid.

Last year the National Infrastructure Commission set out its vision for the Cambridge-Milton Keynes-Oxford Arc, including the growth of Milton Keynes and the creation of more high tech jobs, fulfilling an important role as ‘Britain’s Silicon Valley’.