YOU ARE AT: Business MK > News > Government backs plans for M1 junction 10a improvements 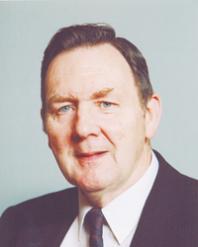 The scheme proposed by Luton Borough Council has been named among 119 successful bids for the second round of awards form the Regional Growth Fund.
The council applied for £19.5 million to improve the junction, plans which it foresees will create a total 13,400 new jobs by 2026 and secure business growth.
Cllr Roy Davis (pictured), portfolio holder for regeneration, said: “It could also help facilitate potential development at London Luton Airport and unlock up to 900 jobs that could be created from the relocation of Northern and Shell’s operations for the Express newspaper group.”
The Junction 10a development received the green light for the funding from the Department for Business Innovation and Skills. Council executives have begun working with the department on due diliigence ahead of confirmation of the funding.
Improvements to the junction will boost regeneration projects in Luton such as:
Cllr Davis said: “This is excellent news which brings us a step closer towards delivering a number of major economic regeneration opportunities in Luton. The M1 Junction 10a improvements scheme is an essential part of the infrastructure required to help deliver the sustainable economic and employment growth that is much needed in this area.”
The scheme aims to ease the congestion at the junction’s roundabout, particularly at peak times. It aims to make journey times quicker and more reliable, said a council spokesman, and to improve access to key developments sites in Luton.
The council has already begun a consultation on the proposal and plans to apply for development consent to the Infrastructure Planning Commission before Christmas, which would give the necessary consents for the scheme to proceed.
The improvement scheme was designed by Luton Council in partnership with Central Bedfordshire Council, the Highways Agency and URS Scott Wilson following the award of £1 million of Growth Area Funding from the Homes & Communities Agency in 2008.
Concerns over traffic levels at Junction 10a have held back plans for several development sites in Luton. The Highways Agency has issued holding directives, instructing the council not to grant planning permission because of concerns over traffic levels at Junction 10a.
Cllr Davis said: “Approval for the M1 Junction 10a improvements scheme would enable Luton to fully share the benefits of the Highways Agency’s recent £800 million investment in the M1 in this area.”
If the improvements scheme is approved, work could begin in early 2013 and complete during 2014.