YOU ARE AT: Business MK > News > Give us the confidence to grow, small firms urge Chancellor

Give us the confidence to grow, small firms urge Chancellor 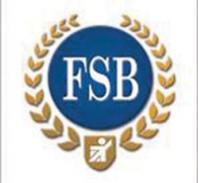 Launching its Growth Manifesto at a speed briefing in Westminster, the FSB told MP’s that decisive action was needed to improve the growth prospects of small firms to avoid a jobless recovery.
The UK’s five million small businesses are best placed to grow the economy and pick up the slack that will be left as the public sector cuts take their full effect, but they need to have a stable economic background in which to do this.
FSB members supported the decisive action to cut the large public sector deficit. However, confidence among small businesses fell at the end of 2010 as did employment intentions.  In order to avoid a jobless recovery the FSB believes the government must show leadership to enable the private sector to strengthen the recovery.
The FSB is calling on the government to:
FSB North Bucks branch chair Allan Banks said: “The Budget must provide economic stability and look to ways to nurture entrepreneurship and allow small firms to grow in order to create employment opportunities. With the downgrading of GDP in Q4 2010, it is clear that the economy is in a precarious position and small firms that lack confidence in the business environment will find growth risky.
“The government has policies available to show small firms it is serious about supporting growth, such as extending the National Insurance holiday to existing businesses that take on new staff and keeping to its manifesto promise and introducing a fuel duty stabiliser.”

UK business remains positive about growth but is looking to the government to create an environment to drive future expansion, according to a survey carried out by YouGov on behalf of KPMG.

Indeed, 72 % of organisations say the opportunity for growth exists for their business despite austerity measures, but business indicated a general consensus that the government could be doing more to encourage prosperity.
Furthermore, 60% were concerned about the impact of the Budget upon their company and 52% of businesses stated that over complex rules and regulations were the greatest obstacle to growth.
The survey, which canvassed views of over 500 UK businesses employing tenpeople or more, also showed that 43% of respondents felt that access to bank funding remained a problem.
Despite the on-going challenges, UK business is focused upon exploiting the opportunities by continuing to invest and expand.  Over half of respondents remain confident about their general business outlook and 47% report that overseas opportunities are helping UK business to become more competitive in the global marketplace.  Increasing production capacity was also reported by 26% of companies taking part.
Peter Selvey, KPMG senior partner in Milton Keynes, said: “There is a general consensus that the government could be doing more to encourage growth.  As a result, as we move towards Budget Day all eyes will be on the Chancellor’s plans to put growth at the heart of the government’s agenda.
“Businesses need assurance that relief will be coming their way to minimise red tape and provide the necessary support to help businesses to drive the UK economy to sustainable growth.”
KPMG is urging the Chancellor to help businesses in the Budget by developing strategies to stimulate investment and reduce the complexities of doing business in the UK.
Mr Selvey said: “Decisions made now will have a huge bearing upon whether the country will be able to grow its economy in a way that secures long term prosperity, and with so much at stake, UK business will be watching the Budget closely.”