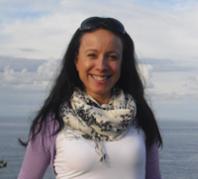 The marketing director of the Zest Group, which provides the hospitality at Bletchley Park, has been named as one of the Olympic Torch bearers as the flame is carried around the country ahead of the London 2012 Games in July.
Joanna (pictured) has completed a 14-day trek along the Great Wall of China, climbed Mount Kilimanjaro and completed a 100km trek between London and Brighton.
She is training for the Virgin London Marathon, in which she will run with her brother Steven in aid of The Prostate Cancer Charity.
They chose the charity after losing their father to the disease last year. Joanna has already raised around £8,000 for the charity over the years.
In recognition of her fund-raising efforts, Joanna will carry the Olympic Torch on its journey through Hatfield.
She said: “I do what I do to make the world smile a little bit more. I would like people to realise that by doing even something little, it could create a massive piece of good.”