YOU ARE AT: Business MK > News > FSB chair resigns over national restructure 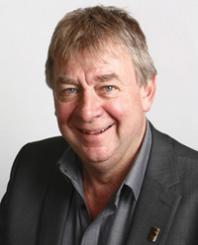 Ian Cording fears that the changes indicate a move towards increasing its power as a lobbying organisation and the FSB’s local focus will be lost as a result.

He said: “Times are changing. Everyone in business knows that change is the only constant. But as businesspeople we make decisions based upon the conditions that apply to us.

“It is with this heavy heart that I have concluded that the changes mean that, with no elected committee or chairman there is little point in me continuing as what has been termed a ‘branch leader’ without a mandate or portfolio. Self-selection is not my way.”

Mr Cording pictured has been chairman of the FSB’s Bedfordshire branch since December 2013 and a FSB member for 25 years. He has worked as a volunteer activist for 23 years.

“Over the last four years I and many others have given their time on a voluntary basis to supporting and promoting the organisation,” Mr Cording said.

“All the local officers of the FSB do their work as volunteers because they believe in its aims and values in supporting the smaller companies who are the engine room of the local economy.

“The FSB has many key benefits, one of which, in my humble opinion has been its local branch structure.

“The FSB’s structure has served me well from a business point of view, as firstly a planning and architectural consultant and latterly with the perfume and cosmetic distribution business under the FM Group banner with my wife.

“We have made key contacts with many county based organisations, local authorities and academic institutes and collaborated in very useful networking events as a part of our local activity.

“Unfortunately, the powers that be in the FSB are abolishing that local branch committee structure, replacing it with a more distant regions and nations set up. It seems to me that the organisation is perhaps directing its resources to becoming more powerful as a lobbying organisation, which is fair enough.

“Organisations do this from time to time. However, from my point of view, it is losing its local focus.

The Bedfordshire branch has around 1,600 member businesses.

“In terms of numbers, it is the biggest business representative group in the county and we have been very effective as an organisation in promoting Bedfordshire.

“I wish all my FSB colleagues and fellow members well in 2018. It has been a pleasure working with you.”