YOU ARE AT: Business MK > Uncategorized > Frustrated, angry and in the dark

Frustrated, angry and in the dark 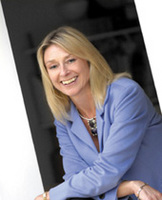 Or, as we have discovered in the past few weeks, courtesy of our airports, every conversation you donâ€™t have.

Britainâ€™s airports have been thrown into chaos after the recent terrorist alert claiming a plot to blow up ten airliners leaving this country for the United States. Our television screens have been filled with images of miserable-looking holiday makers and business travellers: weary families at check-in, rain-sodden queues snaking outside terminal buildings.

The important point is that nobody resents the extra security precautions needed to keep us safe from terrorism. In fact, give us a chance and we all want to do our bit to help. We are generally very patient but what makes us very cross, though, is when we are not given information.

I have to confess to a little first-hand experience here. I returned to London Luton Airport from holiday at 4am a week after the alert to a three-hour wait before our luggage – or indeed any luggage at all – appeared from the baggage carousel.

It could have been worse, however. I struck up a conversation with some people who had already been waiting four hours for their suitcases… after their flight was diverted to Luton from Stansted.

The most frustrating, though, was the absence of any airport staff or announcements giving us information as to how long we might be waiting and a reason for the delay.
Airports must be extra-vigilant – that, indeed is what we want – and we accept that this will cause delays and disruption.

But please, British travel industry, learn to talk to us. If there were no baggage handlers, or the carousel had broken, or every suitcase was undergoing extra security checks, we would rather be told the truth as soon as you know it.

The perception that I and fellow passengers were left with is that the airport did not demonstrate any care or interest in the passenger and did not respect our need for information.

Rather than keep us informed and tell us the reasons for the delay they chose to say nothing at all. A perfect example of poor public relations.

But this could have been totally reversed if we had been kept informed on a regular basis of what was going on, with friendly staff on hand. (The icing on the PR cake would have been provision of much-needed coffee and refreshments.)

Regular release of information and a person to talk to would have resulted in most of us leaving the airport with a totally different perception.

We would have respected the professionalism of the staff and how the airport had responded and dealt with the situation and, above all, left with the belief that they valued us as their customers.

The key message is that communicating with your audiences – what you say and how you do it – is at the core of a businessâ€™s public relations. It influences decisions and perceptions about your company, your service and your products.