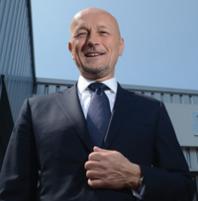 The new Green Parking Permit scheme enables EV drivers to park for free in any one of 15,000 parking spaces. Since then, Brayley Renault has reported a surge in enquiries at its Westcroft dealership for the 100% electric Renault ZOE.

Year on year sales are up by 63%, said managing director Paul Brayley (pictured).

Milton Keynes Council received £9 million funding to further its work to make Milton Keynes one of the most sustainable cities in Europe. The Green Parking Permit scheme is the first proposal to be delivered using Go Ultra Low Cities funding.

Mr Brayley said: “Milton Keynes is one of the most forward looking cities in Europe when it comes to environmentally focused transport and infrastructure and there is no doubt that residents are embracing this. Brayleys continues to see increased growth in electric car sales and this latest free parking scheme complements the range of attractive benefits afforded to motorists who want zero emission driving.”

According to industry analysts, the Government’s Plug-in Car Grant is helping drive EV growth. More than 75,000 electric-capable cars have now been sold through the Plug-in Car Grant since it was introduced in 2011.

The latest iteration of the scheme offers buyers of sub-50g/km models with an EV range of at least 70 miles an allowance of £4,500. Vehicles with emissions between 50-75g/km are eligible for a grant of £2,500 off the car’s list price.

Figures from the Society of Motor Manufacturers and Traders show that total registrations during September for electric-only vehicles increased by 38% compared with the same month a year earlier. So far this year, cumulative sales are up by 17%.