YOU ARE AT: Business MK > News > Footwear and autosport make town key to UK-China trade plans 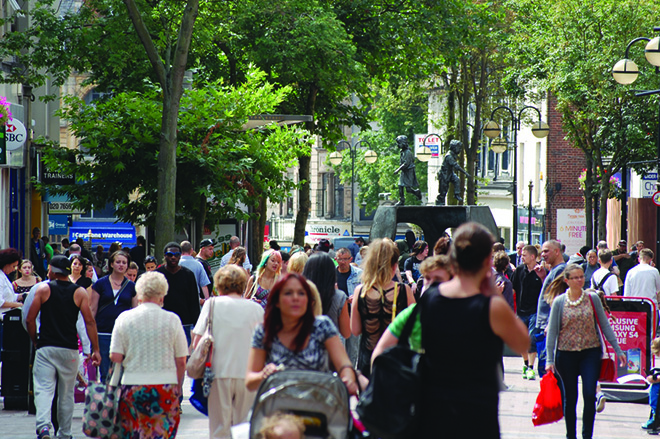 The move is being brokered by Andy Wang, an entrepreneur from China’s Liao Ning province, who believes the town’s products will be hugely popular back home.

Of particular interest are Northampton’s world-renowned quality footwear and its strong links with the performance automotive sector.

Many economic analysts believe that if the UK signs up to China’s Belt and Road initiative – essentially a revitalised Silk Road and maritime routes – it could open up lucrative free trade opportunities.

And Mr Wang is keen to establish an International Enterprise Zone in a key Chinese province, in order to create trade links with economic hotspots in the UK. There could also be inward investment opportunities for the UK as a result.

“I began working with my father on this initiative a number of years ago,” he said. “When he died in 2017 he made me promise to keep working on it.

“I studied in the UK and have always been impressed with what the country has to offer. I’m particularly interested in high-performance technologies and leading British brands such as Tricker’s. There are many quality products that could find healthy markets in China.”

Mr Wang helped establish the Sino-British Trade Alliance and as part of this is seeking to establish trade links between the two countries, with Northampton acting as the gateway to the UK.

As part of this, he organised a meeting with key stakeholders from across Northamptonshire to discuss an invitation for China’s President, Xi Jinping, to visit and appreciate what great business opportunities the UK has to offer.

“This takes us a step closer to realising those ambitions and we are keen to further explore what might be possible.

“Of course, it would fabulous if President Xi were to accept an invitation to the UK and we would be delighted to welcome him to Northampton to see some of the outstanding opportunities that exist here.”

The initiative has support from the Department for International Trade and the British Embassy in Beijing and a growing alliance of different sectors and enterprises are on-board including Silverstone Circuit.

“Northampton companies are exploring a potential trading relationship, as part of President Xi’s Belt and Road initiative, not least maximising our unique global position as the epicentre for high end shoe making.”