YOU ARE AT: Business MK > Lifestyle > Fleet giant tees up its support for golfers at Women’s British Open 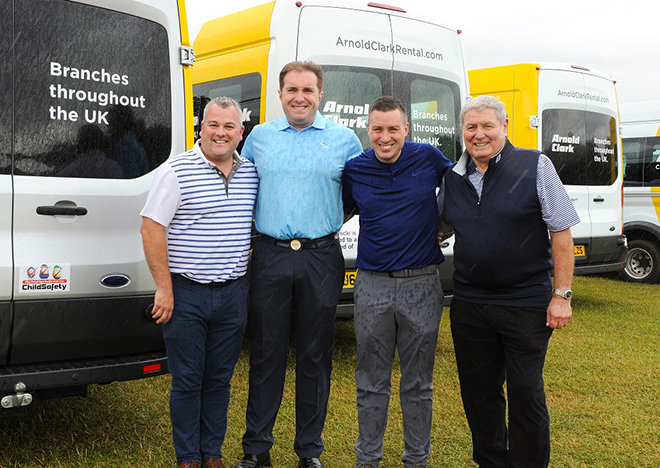 VEHICLE hire specialist Arnold Clark Car & Van Rental has provided a fleet of 40 Mercedes-Benz E Class Estate cars and 15 minibuses and light vans to transport competitors and officials during the Women’s British Open at Woburn Gold Club, which reaches its climax this weekend.

The professional golfer on their team was Marianne Skarpnord from Norway.

“It was a fantastic day,” said Mr Hill. “The course was in superb condition and despite the weather some good golf was played by all, with the mere mortals in the team being reminded of the huge gulf between club golfers and professionals.

“Marianne hit the ball a country mile and had a short game to die for but she was also very good company.”

Arnold Clark Car & Van Rental, which also has an office in Milton Keynes, has been the official car sponsorship partner at the Women’s British Open Golf Championship for the past six years.

“We are delighted with the sponsorship arrangement,” Mr Hill continued. “The tournament is providing great visibility for the Arnold Clark brand.”

Its support of women’s golf continues later this year when Arnold Clark will provide a fleet of vehicles for the 2019 Solheim Cup – the biennial contest between Europe and the USA – at Gleneagles in Scotland over September 13-15.