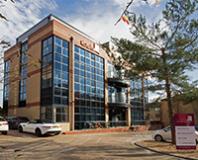 Managing director Marcia Gomez said: “We are incredibly excited to have launched this new flagship venture.

“Led by feedback from our existing guests, we have created 7Zero1 with a strong focus on wellbeing and fitness. This trend is as prominent as ever, particularly amongst business guests looking to combat the negative health effects that frequent travelling can incur.”

Each apartment has been fitted with the latest facilities, as well as exercise equipment such as a Ninja Blender, yoga mat, hand weights and a swiss ball.