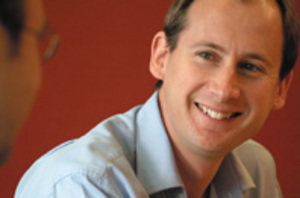 Businesses in Milton Keynes can win a significant slice of this action, if they have the right game plan, says a leading lawyer based in the city.

Sebastian Price (pictured), a partner at Shoosmiths, said: “There are literally thousands of contracts available. The Olympics are a huge opportunity for businesses in Milton Keynes but every last penny of this vast budget will be the subject of fierce competition.

“To win their fair share of the contracts, it is critical that businesses understand the structure of the bid process and to what extent they fall in line with the â€˜Olympic Visionâ€™ of inspiration, inclusion and safety. Smaller businesses should be aware of the potential for local collaboration.”

The Olympic Gamesâ€™ contracts will be allocated by three main bodies. The Olympic Delivery Authority is tasked with delivering the infrastructure, transport and construction related to the Games while the London Development Agency will organise demolition and bulk earth-moving contracts.

The London Organising Committee of the Olympic Games will organise the service contracts necessary to stage the games.

Applications will be made to these bodies directly and will operate predominantly, at least in the preliminary stages of each contract, through the on-line tender system (www.london2012.com/business).

The ODA has launched a plain English guide for hopeful Olympic suppliers to help businesses keen to bid for some of the 50,000 supplier opportunities available to put together the venues and infrastructure for the 2012 London Olympics.

It aims to help firms take part in the procurement process, which involves qualifying then bidding for contracts.

Mr Price said: “Although LOCOG are not expected to begin their tender process until around 2009, tenders from the ODA are starting to appear now. Businesses should be clear how they intend to run their bids.”

The ODA has already begun to publish guidelines on its selection criteria which go far beyond simply choosing the lowest quote. Each tender will begin with an in-depth pre-qualification questionnaire.

Businesses will be expected to show, among other things, a history of safe, environmentally-friendly working practices and equal opportunity employment procedures.

Given the level of competition, leaving it too late or making only superficial efforts will result in businesses being left at the starting blocks.

Mr Price said: “The emphasis in the guidelines on â€˜capacityâ€™ means that collaboration will be a necessity for many businesses. If the applicant company is weak in certain required service areas or value of a contract exceeds 20% of a companyâ€™s annual turnover then they will be unlikely to be awarded that contract.”