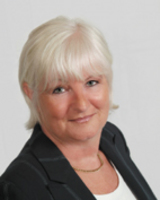 Many would rather employ migrant workers and have done so particularly since 2004, when more countries joined the European Union.

But the findings have prompted serious concern at the Chamber, which represents businesses in Bedfordshire and Luton.

Cheryl Smart (pictured), director of corporate services, said: “Workers from the EU accession countries have contributed greatly to the UK economy. Without them it is doubtful the economy would have grown at the rate it has. It is unsustainable, however, to import our way out of the failings of the UK education system.

“I hope the findings of this survey focus minds and ensure that the government takes seriously the lack of employable British workers in the jobs market.”

The BCC research revealed that British employers faced a short supply of job applicants with the required skills and experience. Migrant workers had a better work ethic and were more productive than their UK counterparts.

More than 75 per cent of businesses said that migration was beneficial to the UK economy but almost 70% said the government did not offer enough support and guidance to businesses wishing to employ workers from abroad.

The most popular tool that businesses would like to see introduced for helping them to understand a personâ€™s entitlement to work in the UK are ID cards for migrant workers along with a telephone helpline offering advice.

Mrs Smart said: “Migrant workers have helped to fuel the UK economy but it is troubling that so many businesses do not want to employ British workers.

“The government must address the UKâ€™s chronic skills shortages and reform of the school curriculum is needed to ensure that young people enter the workforce with the necessary skills and the right attitude to get on at work.”””