YOU ARE AT: Business MK > News > Firm wins renewal of Army ration contract 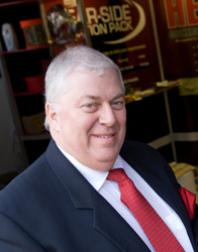 FarSide Marketing first won the contract in 2006 to supply the Irish Army with ration packs and has just renewed the deal.
The troops use the ration food packs when out on exercise.
FarSide director Stephen Briggs (pictured) said: “I feel the contract win is even better because it is our second win and it illustrates the Irish Defence Forces are obviously extremely happy with our service and the quality of our products.”
The packs cater for all tastes, including vegetarians and Halal food. Rations for one day include breakfast, lunch, dinner, drinks and snacks. A typical menu would be sausages and beans for breakfast, noodles for lunch and bolognaise for dinner. Dried fruit, crunch bars, biscuits and chewing gum are included for snacks.
In November 2007 the FarSide supply chain was truly tested when they supplied 42,000 ration packs to Chad, in Africa, with less than five weeks notice over the Christmas period.
FarSide has also met the UK Ministry of Defence, along with three other suppliers, to suggest products for troops serving in hot climates.
FarSide is currently the preferred supplier of hexamine cookers and refill tablets, for field catering, to the British and Australian Defence Forces.