YOU ARE AT: Business MK > News > Export challenges: there is no time to waste

Export challenges: there is no time to waste 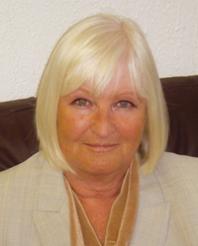 THE ECONOMY is still growing but the results of latest Quarterly Economic Survey by our parent body the British Chambers of Commerce shows that the rate of growth slowed in the July-September quarter.

Balances for both manufacturing and service sector exports were down on the quarter, highlighting the challenges facing UK exporters. The decline in the rate of growth reinforces the BCC’s most recent Economic Forecast that predicted economic growth would do just that as we head into 2015. Indeed, the results for domestic manufacturing and exports in this quarter may be the ‘first alarm bell’ to warn of slower economic growth.

There is no doubt that the British economy has strengthened significantly since the recession but to say that strong growth cannot be sustained indefinitely is simply not good enough. To avoid sinking back into mediocrity, we must steer clear of measures that dampen business confidence and press ahead with reforms to the business environment.

The BCC predicted in its economic forecast that the strong upsurge in UK manufacturing at the start of the year may subside and it appears to have run its course. But this need not be a warning. The share of manufacturing firms operating at full capacity fell in Q3, signalling that there is more spare capacity in our production sector. The strength of the pound and a worsening outlook for the Eurozone reinforce the case against an early interest rate rise.

The decline in exports is disappointing but highlights the need for a new approach. Britain faces a major challenge in improving its trade performance so we must waste no time in supporting trade opportunities to overseas markets which offer sustained growth. Only a concerted national campaign and sustained investment will allow more UK firms to look beyond our shores for growth opportunities. UK growth cannot rely permanently on consumer spending, and on unsustainable current account and budget deficits. Unless exports and investment play a bigger role in growth, the recovery will stall.

The removal of some long-standing barriers is a must if we are serious about promoting business investment to encourage growth. Access to growth finance for the smaller yet just as ambitious firms remains insufficient. The business rates firms pay are the highest in Europe and a major disincentive for investment.

In Bedfordshire, we fully back national calls on the government to freeze all business rates until the planned full revaluation of premises in 2017. We also want a review and reform of what is a broken business rates system by 2022.

However, the noticeable falls in all the export balances and increased signs of slower growth require a forceful policy response. With inflation well below target and with earnings still rising annually by less than 1pc, it is clearly unjustified to endanger the recovery with a premature increase in official interest rates.

To sustain growth, the MPC must reassure businesses that rates will only start edging up if and when objective circumstances require such a move. On its part, the government must strengthen support for exporters and improve access to finance for growing businesses.