YOU ARE AT: Business MK > News > Experts voice fears over new PAYE system 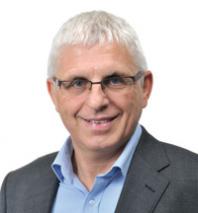 The new system is to be introduced in October next year and will transmit payslip data on tax, NIC and other deductions to HMRC at the time employees are paid, rather than once a year. P45s and many other such forms will become a thing of the past.

Business advisers PwC welcome the modernisation of the current PAYE model, which has been in place since the 1940s.  It should also help to prevent tax code errors.

However, the tight timescale for the changes could cause issues for some employers and glitches are likely when the new system is introduced, they warn.

Gary Telford (pictured), PwC’s head of tax in Milton Keynes, said: “The modernisation of PAYE is long overdue. The system dates back to the end of the Second World War when most people had one job, often for life, and were paid in cash.

"Given the complex working patterns of today, it is surprising that it has coped as it has for so long.”
He voiced concern at the scale and timing of the changes. “Real Time Information will see employers gathering and transmitting considerable volumes of data, beyond what is already on the payroll system. Timescales are incredibly tight for getting the processes in place across the many parties involved, let alone dealing with training and communications.”
The changes will come as employers also tackle the new
automatic pension scheme enrolment regulations. Mr Telford warned that there was likely to be confusion among employees as they get used to ‘leavers statements’ – the replacement paperwork for P45s.