YOU ARE AT: Business MK > > News > Experts tackle traffic chaos 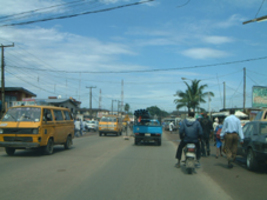 Integrated Transport Planning has won the contract to carry out a World Bank-funded study into the feasibility of a bus rapid transit system as part of the solution to the cityâ€™s traffic congestion.

The firm, based in Central Milton Keynes, was chosen over competing firms worldwide based on its extensive experience in BRT projects. It has carried out a similar study in Accra, Ghana, and has worked on several proposed schemes in the UK.

BRT aims to provide a quality of service similar to that of light rail systems such as trams but is cheaper and more feasible to implement. It is already operating successfully in South American countries such as Colombia, Brazil and Quito, Ecuador but has yet to be practically applied in Africa.

ITP will work with Lagosâ€™ transport authority LAMATA to find ways of applying this concept in the city, the second largest in Africa and one of the fastest-growing in the world with a population of around 17 million.

The project involves assessing the present situation and predicting the likely demand for a future BRT system, designing the road infrastructure, transit stops and terminals required and advising on operational aspects of the scheme such as service frequencies, vehicle options and ticketing methods.

An ITP spokesman said: “ITP are excited to be involved in a project with the potential to help people in a developing country, particularly as there is so much benefit to be gained for the inhabitants of Lagos by improving transport.”