YOU ARE AT: Business MK > Finance > Expert warns of insolvency increases 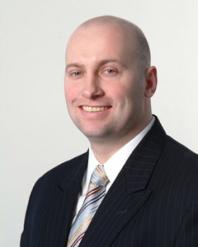 KPMG Restructuring predicts that administrations and receiverships reach 5,000 by Christmas, compared to 3,225 last year and 2,230 in 2007.

Its director in Milton Keynes, Ian Corfield, said: “The downturn is now firmly entrenched in the real economy and there are hardly any sectors that have not been hit.
Confidence is a key driver behind consumers’ and business’ willingness to spend money and right now confidence is at a low ebb.
“A number of companies and their stakeholders are trying hard to restructure their businesses, but given the speed of the downturn it is inevitable that some will run out of cash.”
When assessing the impact of insolvencies on the high street, Mr Corfield (pictured) said: “Retail insolvency appointments to the end of January are up 300% compared with the same period in 2008, proving the vastly different trading landscape for retailers.
“With consumer confidence in decline, the soaring cost of imported goods or withdrawal of credit insurance and the overall lack of credit to bridge retailers to the next key trading period of Easter, means we would expect the tally of insolvencies on the High Street to continue to climb.”
Dow Jones Insight analysed media sources for five organisational triggers for KPMG Restructuring which included debt restructurings, profit warnings, covenant breaches, cash flow warnings and organisational triggers (such as redundancy announcements or surprise resignations of chief personnel) for the second half of 2008.
It found a 79% increase in debt restructurings and a 64% increase in cashflow warnings.
Mr Corfield said: “The increase in announced debt restructurings is only the visible tip of the covenant breach iceberg.  As we go through 2009 we expect a very significant number of companies to be forced to renegotiate or restructure their facilities; we are not expecting that process to be quick or easy.
"Those companies that delay approaching their creditors are at grave risk of failure.
“The most common cause of business collapse is simply running out of cash.  Waiting until cash becomes the critical issue is a sure-fire way of destroying the confidence of lenders.  Yet cashflow warnings remain a significant trigger for companies this year across sectors.
"Looking ahead, we believe the sectors with the most to lose in the months to come include travel and leisure, chemicals and industrials, including automotive, energy and natural resources.”