YOU ARE AT: Business MK > Education > Every small step we take can gradually lead us to lasting change 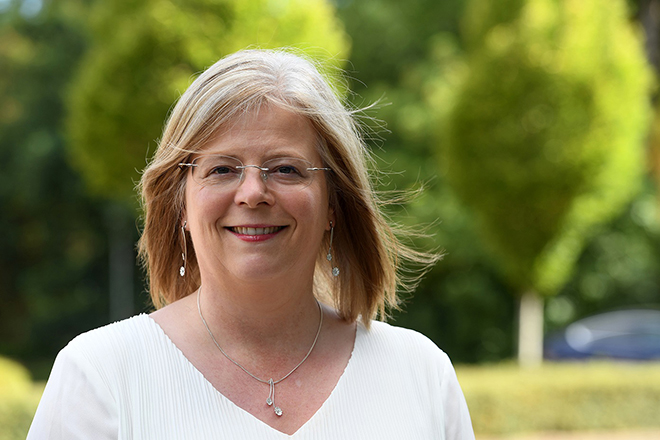 PEOPLE protesting the horrific killing of George Floyd in the United States and universal issue of racial injustice have asked the world to speak out and add their voices to the demands for change. It is very easy to feel uncomfortably like jumping on a bandwagon at a time like this, but as the protestors have made clear, silence is not acceptable.

Let me state from the outset, we at Milton Keynes College do not have all the answers. The college has a long and proud tradition of supporting and campaigning for greater equality, diversity and inclusion. 30% of our students come from Black, Asian and Minority Ethnic backgrounds, which is right and proper, reflecting as it does the make-up of wider society in Milton Keynes.

A little before this current outpouring of feeling, we held our first meeting with “friends and allies” in the community, specifically with the intention of improving upon what we already do. The need to do more and to be better seems even more urgent now than ever before.

We fully appreciate that we need help to do the best we can for precisely those people from non-white backgrounds who are so frequently disadvantaged by our collective unconscious bias as an institution.

Our earnest desire is to give everyone the best possible opportunity to learn the skills they need to make their lives better. It’s not just about that though. Race can literally be a matter of life and death. Statistics will tell you that post code is the most reliable indicator of life expectancy. There are deprived wards in the city where people are likely to live on average seven and a half fewer years than those from more affluent areas.

This is the reality of discrimination. Poverty kills.

If we were to design society from scratch today, it would not look like this. The massive overarching structures of our society, the rigid forces which perpetuate this unfairness, have developed over centuries and are just too enormous, too immovable, to know how to confront.

The Race Relations Act of 1965 and the Equal Pay Act five years later were supposed to redress some of these imbalances and it would be wrong to see them as anything other than giant steps forward.  Yet research by the Centre for Social Investigation at Nuffield College, Oxford, shows that black Britons and those of South Asian origin are still discriminated against in the jobs market to virtually the same extent as their grandparents were in the late 1960s.

In Britain today a black person has to apply for 80% more jobs before finding work than someone who is white British.

Even in health the inequalities are stark and overwhelming. According to recent data from Public Health England, some minority groups are twice as likely as white Britons to die from COVID-19 yet only recently PHE declared they could not recommend policies to correct this disparity citing a paucity of data.

If the same research had shown white Britons were the ones most at risk, would the authorities be moving heaven and earth to find out why?  If more people of BAME backgrounds were among the decision makers in those same authorities they would demand more than a collective establishment shrug.

Despair is not the answer. While as individuals we may not be able to right these widespread wrongs, we can make real differences, however small. We need to look at every decision we make, however apparently insignificant, and to be aware of the consequences.

We decided at Milton Keynes College that we needed to devote extra resources to improving levels of English and Maths – cornerstones of employability. The standard when learners arrive with us ranks us 187th out of 245 FE colleges in English and 197th in Maths.  Our GCSE results in those subjects turn those statistics on their head, putting us in the top quartile for value added and marking Milton Keynes College out as one of the most effective for English and Maths progress in the country.

Each of those numbers represents an individual whose life chances have been bettered – and that is what w are for. FE exists to promote excellence and to train people for a working life without any limit of possibility or expectation but we also have a duty and responsibility to make sure those people whose start in life has been hampered by poverty or ethnicity have that same opportunity.

We constantly obsess in the FE sector about the skills pipeline. Britain’s yawning skills gaps in a plethora of arenas from construction to technology is a real problem for business and it is inextricably linked to the issue of race.

Council data shows that children in reception, year one and year two of our city primary schools are now more than 50% non-white British. These children are the engineers and technologists and architects of our future. If we do not help them to achieve now, what a bleak place that future will be.

These are the decision-makers of tomorrow and we have to arm them with the skills they need to make the right choices for all our sakes. This is everybody’s fight and everybody needs to join it. More than anything we need leadership.

Not the leadership of Prime Ministers or titans of industry but individual leadership at every level.  Every tweet or Facebook post demanding change can have an impact and the smallest voices can soon become the loudest roar.

Two years ago a 15-year-old girl decided she was not going to school, opting instead to stand on the steps of the Parliament building in her native Sweden and demand action on the climate emergency. Today her words are heard from the United Nations Assembly building to the Nobel Prize Committee.  More importantly her words are heard by the world.

We must all enlist in an army of Greta Thunbergs in the fight for equality. We can show individual leadership in the choices we make, how we question our motives, how we seek out and listen to those who are other than ourselves, how we refuse to remain silent in the face of inequality.

As individuals and organisations, we each have a sphere of influence, however small it might seem. We can have those difficult conversations with family, friends and colleagues about race. We can seek out people whose lives are different from our own and listen to them and learn from them. We can identify our individual demons of unconscious bias and make choices which are just.

Every small step we take, every good decision we make, every instance of leadership we show can gradually, one tiny bit at a time, lead us to lasting change, until the colour of someone’s skin is no longer a determining factor in the life they will lead.