YOU ARE AT: Business MK > News > Estate agency is cheered by market buoyancy 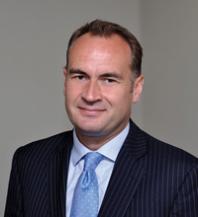 The group’s estate agency division reported growth in 2016 resulting in an 8% rise in exchanges compared to the previous year.

Its chief executive David Plumtree (pictured) said: "The strong performance from our estate agency business is even more impressive set against the backdrop of a market that is characterised by lack of stock and which suffered some short-term disruption caused by Brexit.

“Connells Group has thrived in a challenging market and, with transaction levels up, we have more than maintained our market share.

"We are confident about the outlook for our business this year and buoyed by the strength in the market as evidenced by how many active buyers we are seeing."

Connells Group’s solid result comes in a year during which the business made several significant acquisitions and opened 14 new branches across its various estate agency brands.

Combined, this brought a further 56 new branches into its network and Connells Group now has nearly 600 branches under brands including Connells, William H Brown and Barnard Marcus.

Mr Plumtree said: "Strengthening our branch network and extending our geographical footprint remains a key strategy for the future, as does our appetite for selective acquisition."