YOU ARE AT: Business MK > News > Electrification plan for East West line will boost jobs and growth 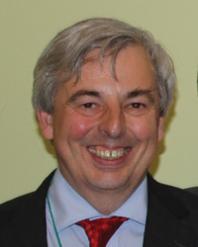 The railway line, originally envisaged as a £270 million diesel-powered link between Bedford, Milton Keynes, Aylesbury and Oxford, takes on a more strategic role with electric power.
Most of the estimated £400 million investment will come from the government.
Electrification, says the EWR Project Delivery Board representing consortium members, Network Rail and the Department for Transport, puts the line firmly on the national railway map as part of the government’s proposed electric infrastructure spine linking existing national routes.
Reopening the line is expected to create up to 12,000 jobs along its route.
Board chairman Peter Hardy (pictured) said that stepping up a gear from a local rail link would boost opportunities for economic growth, providing short-term construction jobs, giving existing businesses improved access to employees and customers, and attracting new firms.
He expects the benefits to exceed Oxford Economics’ 2011 estimate that EWR could generate more than £38 million a year for the economy.
Mr Hardy said: “The railway also opens up more inter-county job opportunities, for example giving people from Oxford and Bicester public transport access they did not have before to jobs in Milton Keynes.”
Plans to open a new rail link to London Heathrow Airport by 2021, to which the EWR line would link, will further boost the economy of North Buckingham-shire and Bedfordshire, he added.
EWR has been promoted by a consortium of local authorities along the Oxford to Bedford corridor. The line is due to reopen in 2017, linking Bedford and Milton Keynes with Bicester, Oxford and Aylesbury, and the project is being progressed in partnership with Network Rail and the Department for Transport.