YOU ARE AT: Business MK > News > Economy’s recovery ‘a marathon, not a sprint’, says professor

Economy’s recovery ‘a marathon, not a sprint’, says professor 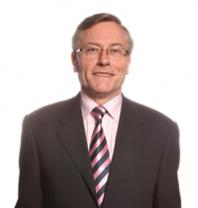 The nation can look forward to modest growth next year, forecast at 1.2 per cent, with 2014 expected to put the UK’s growth back on trend at 2.4pc, according to Professor Joe Nellis.
Much depends on the outcome of the Eurozone crisis but the UK is moving in the right direction and the South East region, including Milton Keynes, looks set to benefit from an inflow of EU capital while the uncertainty on the continent continues.
Professor Nellis (pictured), director of policy, strategy and performance community at Cranfield School of Management, was speaking at a breakfast briefing hosted by business advisers and chartered accountants MHA MacIntyre Hudson at the Mercure Parkside Hotel in Milton Keynes.
He told the 70 guests that the double-dip recession was over and moderate growth was around the corner but sustained recovery will still be a struggle, with little likelihood of a positive trend before 2014. “The recovery will be a marathon, or at least a half-marathon, but not a sprint,” Professor Nellis said.
There was “a glimmer of light” but the budget deficit reduction would continue. Hitting the reduction targets has been a challenge due to slower than expected recovery, he added, and both tax rises and further cutbacks in government spending could not be ruled out.
A resolution of the Eurozone crisis, which had damaged exports and investment, will encourage corporate spending decisions. Professor Nellis also forecast that Greece would default on its debts, with serious implications for the banks in France, Germany and the UK.