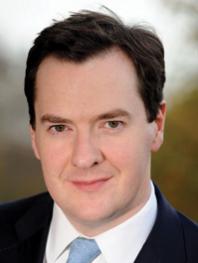 The rise in public borrowing, combined with disappointing economic growth forecasts, mean that the government has very little room for manoeuvre when it comes to delivering any fiscal stimulus.
However, tax experts at PwC believe the Chancellor may seek to boost the economy without incurring much in the way of short term spending.
Gary Telford, tax partner at the firm’s Milton Keynes office, said: “The Chancellor may look to bring in some innovative ideas that allow businesses to feel more confident about investing in creating jobs or expanding into new export markets.
“Businesses are also looking for stability and certainty when it comes to the regulatory and fiscal framework in which they are operating. The Chancellor could well look at some clever ways to stimulate the economy, by introducing some short-term or temporary fiscal incentives.”
In the Autumn Statement, Mr Osborne announced further cuts in corporation tax in addition to the planned introduction of Patent Box and increases in R&D tax relief and capital allowances. In terms of next steps, further changes to corporation tax could help to encourage businesses to invest in growth.
Mr Telford said: “The headline rate of corporation tax is set to fall to 21% in April 2014, one of the lowest rates in Europe. However, the Chancellor could be tempted to do more to incentivise businesses now by introducing a lower rate of tax for trading income as a temporary measure.
"This would send a very positive signal to businesses and encourage them to invest more in the UK.”
Access to finance remains an important issue for many businesses and recent news that the Funding for Lending scheme has failed to boost lending, has not helped.
According to PwC, the so-called ‘squeezed middle’ of medium-sized firms are among those finding it most difficult to source finance for growth. This is because they are either too big to benefit from current tax breaks such as the Enterprise Investment Scheme or too small to access the credit markets used by plcs.
Mr Telford said: “To help more companies to access finance, the Chancellor might consider extending the Enterprise Investment Scheme or reducing the rate of capital gains tax on longer-term investments in trading companies.
“These sorts of measures could provide a valuable financial stop gap to medium-sized businesses that are struggling to get the finance needed to fulfil their strategic objectives. They would also not require any large upfront cost for the exchequer.”