YOU ARE AT: Business MK > News > Don’t lose the momentum on gender diversity in the boardroom

Don’t lose the momentum on gender diversity in the boardroom 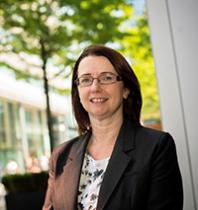 The firm’s annual Women in Business survey found that the percentage of female senior managers in the UK has dropped from 21% in 2016 to 19% in 2017.

This represents just a 1% increase on the 18% figure when the survey was first conducted in 2004.

The research also revealed the percentage of UK businesses without any women in top level management positions has risen from 36% in 2016 to 41% in 2017.

Fiona Baldwin pictured, practice leader at Grant Thornton’s Milton Keynes office, said: “Undoubtedly advancements in gender diversity have been made over the 13 years since our study began. But it is disappointing to see this progression still is not reflected to a high enough level across the board.

“Diversity is central to shaping a vibrant economy where people and businesses thrive. It provides different ways of thinking which can open organisations to new perspectives and opportunities.

“We need to create an environment that is conducive to all which means a fundamental shift in what leadership looks like. The traditional model where the individual must be perfect and the job all-consuming is still extremely prevalent, while more collaborative and inclusive forms of leadership are often overlooked.

"This is a real concern as it suggests too many businesses are wasting the full potential of their people.”

The study, which covers 36 economies across the globe, found the UK has the fifth lowest proportion of women in senior business roles, ahead of Germany (18%), India (17%), Argentina (15%) and Japan (7%). The countries with the highest proportion of female leaders were Russia (47%), Indonesia (46%) and Estonia (40%).

Mrs Baldwin said: “Globally, the proportion of senior roles held by women has increased by 1%, hitting a 25% high. However, this is still only a 6% rise on 2004 figures, underlining that progress remains painfully slow.

“Too many companies are still run by male-only teams and they are in danger of myopia. In today’s fast changing and unpredictable world, businesses need to be resilient enough to sustain the yet unknown and the value of diversity should not be underestimated. We cannot let this message lose momentum.”

CASE STUDY
Fiona Baldwin took a six-year career break when her children were born and resumed her career part-time for four years before returning to full-time work.

“I have never felt discriminated against or viewed as part of a gender quota – I genuinely believe that each position I have held has been down to personal merit.

“When I talk to businesses, they agree that having a board which is truly diverse, including gender, race, age and background, is a positive thing. However, in practice, many are not seeing this come through or simply are not doing enough to make it happen which is disappointing.

“Businesses need to keep challenging themselves to look beyond ‘what they have always known’.

“The desire or need for one parent to take an extended career break is extremely important but there can still be the perception that this cannot be done while still progressing at work.

“My story is one of the many that goes against this. I had a six-year career break when my children were born and returned to work in a part-time capacity for a further four years before going back to full-time work.

“This did not hinder my career progression or the opportunities open to me but if I had felt that work would not be flexible, I might have thought that I could not return.

“At Grant Thornton, we have a strong culture of diversity and inclusion. It is important that everyone feels they can be themselves and receive the support they need to progress as far as possible within the firm.”