YOU ARE AT: Business MK > News > Divorce laws are no longer fit for purpose, says family law expert 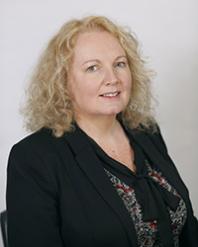 Milton Keynes Family Law Group says that the current laws in place means that all divorces need to attribute blame for the failure of a marriage. This, its lawyers add, is unnecessary.
Solicitor Amanda Brown said: “It is ridiculous that in 2018, we still have a situation where separating couples have to attribute fault for their marriage break down.
“The law can often be slow to act and in this case it is incredibly frustrating for family law experts, not to mention thousands of couples having to abide by these outdated and destructive rules.”
Her comments come shortly after senior family lawyers from across the UK gathered outside Parliament to call on the government to reform the divorce laws and remove blame from the process.
In a new survey of professionals by Resolution – the national organisation of family lawyers committed to non-confrontational divorces and separations – 90% of lawyers agreed the current law makes it harder to reduce conflict and confrontation between clients and their ex-partners.
The study also found that80% believe the introduction of a no-fault divorce would make it more likely for separating couples to reach an agreement out of court.
In 2016 – the last year for where there are records available – more than half of all divorce petitions were submitted on the basis of adultery or behaviour, meaning over 60,000 people apportioned blame to their ex-partner for the breakdown of their marriage. Resolution has campaigned for no-fault divorce for decades.
“Divorce is difficult enough as the current laws create more conflict by forcing couples to blame each other which is unnecessary,” said Ms Brown.“It is time to realise that sometimes marriages just fizzle out and people want to move on in a different direction.

“Let’s hope this approach is listened to and we can bring an end to these ancient laws, which are no longer fit for purpose.”