YOU ARE AT: Business MK > Law > Divorce law reform is long overdue 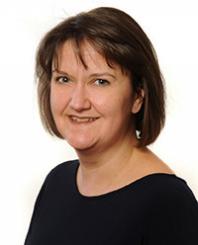 CURRENTLY, the only grounds for divorce in England and Wales is that the marriage has broken down irretrievably, proof of which can be made based on one of five facts:

Under the MoJ’s consultation proposals, irretrievable breakdown would be the only legal ground for divorce but the requirement to attribute blame would be removed.

The ministry will also seek opinion on ending the opportunity for a spouse to contest a divorce and on a minimum timeframe of six months for divorces. The proposed reforms would also apply to civil partnerships.

We welcome the government’s decision to consult on an entirely ‘no-fault’ system of divorce and for the process to be shortened. Divorce law hasn’t changed significantly for nearly 50 years so, reform is long overdue.

Currently, unreasonable behaviour is the most common reason for divorce – this requires a petitioner to essentially compile a list of things they hate about their spouse.

However, many of our clients have simply drifted apart and fallen out of love; they don’t want to create a list of criticisms of the other party.

As the law currently stands, if a couple opt for a ‘no-fault’ divorce, they have to separate and wait two years to start the proceedings.  The alternative is to apportion blame for the breakdown.

In an age where we promote mediation and dealing with things in a conciliatory manner, the way people have to start the process is in direct contradiction to that.  Removing unnecessary conflict between couples has to be positive in terms of how they will then be able to deal with the finances and more importantly, maintain better relationships for the benefit of their children."

The MoJ’s proposals are set out in a government consultation launched on September 15 and will apply to marriages and civil partnerships.  The consultation will run for 12 weeks, closing on December 10.

Justine Flack is a partner and family law specialist at Howes Percival in Milton Keynes. www.howespercival.com