YOU ARE AT: Business MK > News > Directors sacrifice pay to beat recession 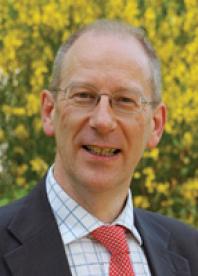 Its annual Directors Rewards survey reveals that in small businesses the figure rises to almost 60pc.
The average depth of the cut was 15pc of salary and directors’ weekly working hours have increased, the study also revealed.
IoD Milton Keynes branch chairman Jonathan Bailey (pictured) said: “This reflects both the severity of the recession and the commitment of directors to get their businesses and employees through it.”
He called on public sector executives to follow the private sector’s example and accept pay freezes in order to help public finances recover.
The nationwide Directors Rewards survey, carried out by Croner Reward, analysed 3,468 jobs in around 1,200 organisations. It found that 59pc of directors of small companies had their pay either frozen or cut. The figure reduced to 49pc in medium-sized businesses and to 40pc of executive directors in organisations with turnover of between £50 million and £500 million.
Pay rises averaged 3.2pc, the survey found.
Directors working longer hours had also increased, with those working more than 55 hours a week rising to 46pc from 30pc in 2008 in medium-sized companies, from 26pc to 40pc in small businesses and to 50pc from 32pc in larger organisations.
Mr Bailey said: "With half of directors taking a pay cut or a pay freeze this year, we can see that the recession is affecting people at all levels of seniority in the private sector. From the shop floor to the boardroom, no one is immune from the pain.
"In order to keep their businesses going, we are seeing directors putting in much longer hours. This reflects both the severity of the recession and the commitment of directors to get their businesses and employees through it.”
Basic pay for a managing director of a small company now stands at £70,000. The survey found that a managing director in a financial services company earns an average salary of £120,000, compared with their counterpart in the voluntary sector on £75,235. Public sector managing directors received an average salary of £110,000.
Mr Bailey said: “It is important that the public sector now follows the example set by the private sector and shares some of the pain. If we want the public finances to recover, public sector workers must accept the need for pay freezes."
The survey also found that non-executive directors earned an average £15,000 and more than one in four work unpaid.
Mr Bailey said: “The role of the non-executive director is becoming increasingly challenging. Non-execs make a vital contribution to the culture of boardroom decision-making. However, in many cases, the financial rewards of such a role are modest. This reflects positively on the commitment and service orientation of non-executive directors.”