YOU ARE AT: Business MK > News > Directors call for base rate freeze

Directors call for base rate freeze 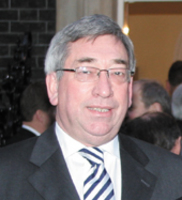 They fear that any premature easing of policy could stoke up problems for the future and have urged the Monetary Policy Committee to assess the wider impact of recent events on consumer and business confidence.

Directors believe that there is no need for the Bank of England to be as aggressive as the Federal Reserve in reducing interest rates as the threat of recession is less here than the US.

“Itâ€™s essentially an over-reaction to a retail banking phenomenon but itâ€™s likely to have a detrimental effect on business confidence, at least in the short term. However, some good may come of it if a base rate reduction follows.””

However, the IoD says the Bank of England should consider a number of options before reducing interest rates.

It should assess the degree to which the potential economic slowdown in the UK has been accelerated by recent events, asking “”Will inflation remain under target if interest rates are reduced?””

It should also assess the degree to which the current financial crisis might impair the ability of the financial system to lend in the future and should recognise that those who have taken excessive risk should be punished.

The IOD view is that any bail-outs can only be justified on the grounds of systemic risk to the entire financial system. The issue of moral hazard should not be ignored, it adds.”