YOU ARE AT: Business MK > Environment > Desmond highlights need for proper insurance mechanisms against extreme weather 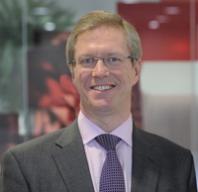 THE DESTRUCTION wrought by Storm Desmond in many parts of the UK overcame the flood defences that have either been built or upgraded over the past few years.

We have had relatively benign weather over the last few years and so can easily forget how weather-related events can affect us in the UK. Generally speaking, given the latest climate change models, we expect the frequency of extreme weather events affecting households in the UK to increase over time.

What Storm Desmond highlights is that we need to keep investing in defences against natural catastrophes to minimise the damage that can be caused by extreme weather events.

It also highlights the need for an insurance mechanism such as Flood Re which will come into place next year, so that when a natural weather event hits UK households, they have insurance cover in place to be able to help with the financial burden.

Small businesses in flood-affected areas need to ensure that they have either sufficient insurance cover in place or capital to cover the impact of a weather event should it occur.

Households and businesses in flood affected areas can take steps to minimise the damage that floods and storms do to their properties. Usually this involves a degree of investment of between £5,000 and £40,000, which is not insignificant.

However, by making this investment households and businesses can minimise both the potential damage and the time taken to move back into a property after a flood or storm has occurred.

Our current estimate of the damage caused by Storm Desmond is between £400 million and £500 million, with the insurance industry paying out between £250 million and £325 million. This compares to an economic cost of £275 million and insurer costs of £175 million in the 2009 floods.

Clearly these are initial estimates as there is still uncertainty as to the number of properties and businesses affected. If the storm continues, the damage – and therefore the costs – could be significantly worse. Any additional rainfall, even 1cm-2cm, could cause flash flooding in rain affected areas as the ground is already saturated with water.

This could compound the damage that has already been caused by Storm Desmond.

Insurers of affected policyholders have mobilised their claims managers in flood affected areas to try to ensure they can deal with claims and arrange alternative accommodation as quickly as possible where needed. It is now common practice for insurers to get their rapid response claims teams out to flood hit sites following criticism of the industry during the 2007 floods.

Affected policyholders should still call their insurers as quickly as possible to ensure that their insurer knows they are affected and inform them before paying for or commencing any emergency repairs.

Jon Williams, partner in PwC’s sustainability & climate change team and a specialist in financial services and investment issues, said: “The floods in the UK bring into sharp focus the need for a durable climate deal. Severe and unpredictable weather is likely to become far more frequent as our climate changes, and the economic and social costs will far outweigh the investment needed in flood protection infrastructure.

“With the fiscal constraints that the UK government currently faces, the role of the private sector has never been more important. Whether it is financing flood defences or innovative insurance solutions, such as Flood Re, co-operation between public and private institutions is needed to accelerate overdue action to protect assets and communities from the impacts of extreme weather.

“A failure to act in the short term will be costly in the long term to homeowners, industry, insurers, banks and government."