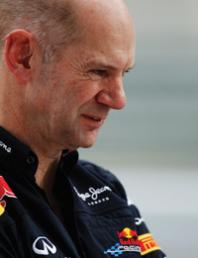 As part of the multi-year agreement, Mr Newey (pictured) will work on new Red Bull Technology projects at the team’s headquarters in Milton Keynes.

He wil continue to advise and mentor Infiniti Red Bull Racing as it develops its Formula One cars over the next few seasons.

The details of the new projects will be announced in due course.

He has been at Infiniti Red Bull Racing since 2006. The new projects could include design work on Britain’s bid to win the 2017 Americas Cup. Gold medal-winning yachtsman Sir Ben Ainslie, who will captain a team in the race series, is keen for Mr Newey to join the project.