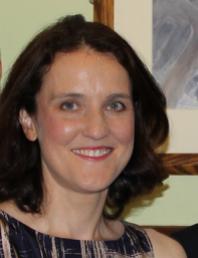 Rail Minister Theresa Villiers (pictured) added her support to the campaign to reopen the stretch from Bletchley to Oxford as the first phase of a plan ultimately to link the West of England with the East Coast ports.
The EWR Consortium is optimistic that the project will be among those given formal government backing by the Department of Transport later this month.
The minister joined MPs including EWR All-Party Group chairman and MP for Milton Keynes South Iain Stewart at a reception to hear how the plans had progressed since Chancellor of the Exchequer George Osborne gave the green light for the western section of the project in his Autumn Statement last year.
Since then, the 25 local authorities along the route have been working together to amass their funding contributions to the project.
EWR project manager Patrick O’Sullivan said: “All members of the Consortium as well as our stakeholders and invited guests were delighted to meet with the rail minister.
"She has been very supportive of our efforts to get the east west rail line reopened and her attendance at the APPG reception shows her continuing support for this vital piece of railway infrastructure.”
The consortium is hopeful that the EWR project will be included in the government’s investment plan for rail infrastructure improvements running from 2014 to 2019, due to have been announced by the end of July.
Mr Stewart added: “I am hopeful that we will see a formal commitment to trains running by 2017.”