YOU ARE AT: Business MK > News > Decision day looms for businesses on government’s tax changes 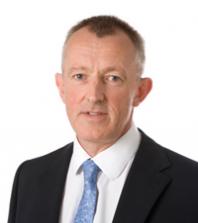 These were the words of advice from experts at the Milton Keynes office of international accountancy and advisory firm Mazars at its annual tax and economic update seminar.

The Spring Budget announcement has prompted discussions across the nation but Mazars tax partner Lindsay Pentelow (pictured) says this year’s budget can be broken down into two key trends:

Tax on dividends and earnings has increased and there are continued restrictions on the ability to fund significant pensions, Mr Pentelow said. Tax rules have tightened with the recharacterisation of large capital returns to shareholders as dividends.

“There is now a disincentive to long-term investment, including human capital, which could lead to even poorer labour productivity as a result,” said Mr Pentelow.

“The second trend seems to highlight the fact that the government does not want the UK to look unattractive to inbound investors especially at what is a potentially fragile time for the UK economy in light of all the global changes that have occurred over the past year.”

He went on to explain what businesses can do given the impending changes. Advice included accurate and reliable tax filings and that businesses should ensure they stay within what HMRC considers acceptable.

Where possible UK businesses and individuals should also position themselves to access reliefs designated principally for inbounds.

Also speaking at the event was Dr John Glen, director of the Centre for Customised Executive Development at Cranfield University. He shared his thoughts on the outlook for the UK economy in light of the budget and the past year’s events.

The UK continues to enjoy a “Goldilocks” economy – neither too hot, nor too cold, he said. The post-Brexit economy has grown faster than many had expected, with growth still predicted to slow down but continue nonetheless.

Dr Glen said that worries over uncertainty in the economic outlook had largely been allayed by the actions of the Governor of The Bank of England and by the Chancellor in his Autumn Statement.

“Mark Carney’s swift action to make a statement and cut rates helped to restore some confidence,” he added. “Mr Hammond stepped up to the plate, setting aside excessive austerity for now and engaging in some pump priming and as a result, at present, the signs are still good.”

“That being said, business confidence is growing but investment is still very low, banks are extremely risk, averse and the political risk factor is higher than this time last year.

“Brexit will no doubt heighten uncertainty, particularly during a protracted and painful negotiating period with the potential for a bad or no deal occurring. However, I believe that if Marine Le Pen is elected in France then all concerns about Brexit will most likely fade immediately.”