YOU ARE AT: Business MK > Law > Decision could hit employment of temps

Decision could hit employment of temps 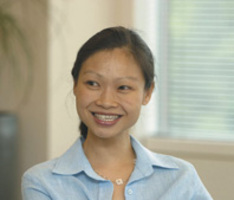 The European Parliament has approved the controversial temporary agency workers directive after six years of wrangling between EU members.

National law firm Shoosmiths predicts the ruling may force many companies to stop using temporary workers, while recruitment agencies will struggle to pass on increased costs to end-user clients.

Milton Keynes-based employment specialist Gwynneth Tan (pictured) said: “Companies must now be considering whether they carry on using agency workers, particularly as they look to cut costs in the current economic climate.

“And it is in that same climate where temporary worker agencies could well struggle to absorb extra costs. It won’t be easy for them to pass them on to the businesses that are their end-user clients.”

The directive allows for temporary workers in the EU to be treated equally from day one but Britain’s 1.3 million agency workers will get the same pay and conditions as permanent staff only after 12 weeks’ employment.

Gwynneth said: “The revised wording in the directive allows the UK to implement an earlier agreement on the qualifying period reached between the CBI and TUC.”

Equal treatment will mean at least the basic working and employment conditions that would apply to the worker concerned if they had been recruited directly to the same job, but will not cover occupational social security schemes.

The UK now has up to three years to implement the directive, and the changes will not apply until it is in place.