YOU ARE AT: Business MK > News > Data science specialist is appointed chair of MK:U steering group 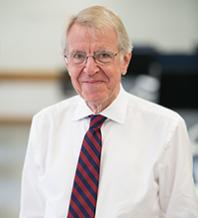 Sir Alan Wilson will chair the steering group. He was chief executive at the Alan Turing Institute – the UK’s national institute for data science and artificial intelligence – from its beginnings in 2015 until September and remains its director, special projects.

He said: “Milton Keynes is one of the fastest growing Smart Cities in the world and there is the really exciting potential for MK:U to support the city in its growth and development. The nature of higher education is changing and MK:U will be in the vanguard of that change, developing new educational models that meet the needs of business and of tomorrow’s students.”

Business is playing a key role in the development of MK:U. Cranfield’s educational, technological and industrial partners on MK:U include business advisers Grant Thornton, Milton Keynes College, Microsoft and IT and telecoms specialist Tech Mahindra. The university is a key part of achieving Milton Keynes’ long-term vision, which envisages the city growing up to 500,000 people by 2050 and being at the heart of the Cambridge, Milton Keynes and Oxford innovation corridor.

Sir Alan Wilson, who was an expert adviser to the MK Futures 2050 Commission, is also executive chair of the Ada Lovelace Institute at the Nuffield Foundation. He chairs the Home Office Science Advisory Council and previously the Lead Expert Group for the Government Office for Science Foresight Project on The Future of Cities.

He has also held senior posts in the Department for Education and Skills and for six years chaired the Arts and Humanities Research Council.

Professor Lynette Ryals, MK:U programme director at Cranfield University, said: “MK:U is one of the most exciting and ambitious higher education projects in a generation. Sir Alan’s experience and knowledge will be a huge asset as we put together a strong steering group of influential stakeholders who will help us turn this extraordinary project into reality.”