YOU ARE AT: Business MK > News > County celebrates a year of strong growth for new businesses

County celebrates a year of strong growth for new businesses 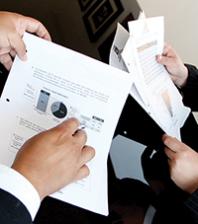 The statistics come from the Inform Direct Review of UK Company Formations using data from Companies House and the Office for National Statistics.

John Korchak, director of operations at Inform Direct said: “These figures demonstrate strong growth for new company formations in Bedfordshire, an 8% increase on 2017. It presents a very positive picture for business against a background of political and economic uncertainty and shows that the county continues to provide a supportive environment, both for new business ventures and existing enterprises.

“This achievement is replicated in a number of counties and in the UK as a whole which has seen a new record total of registered companies.”