YOU ARE AT: Business MK > Awards > Council backs bid for city status 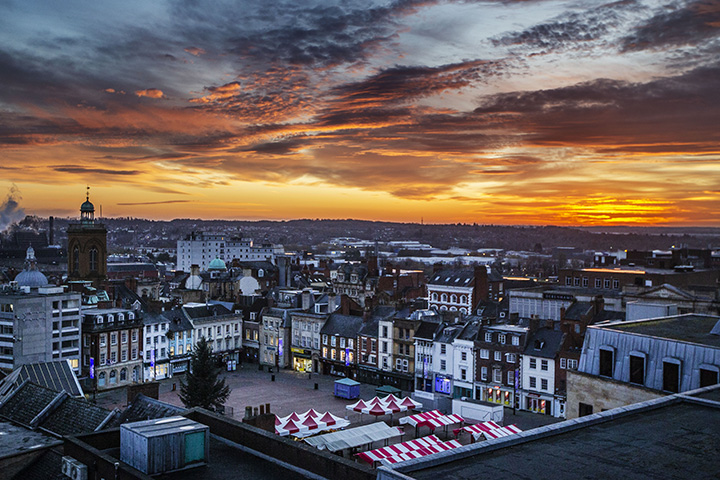 NORTHAMPTON is to join the towns around the UK preparing to apply for city status as part of HM The Queen’s Platinum Jubilee celebrations next year.

The decision follows a public engagement campaign which attracted overwhelming support from communities, the media, and partner organisations.

Northampton: A successful city status bid will attract inward investment into the area

The council announced in October it was considering a bid for city status as part of Platinum Jubilee Civic Honours competition.

A successful bid would further raise the profile of Northampton, helping to attract investment into the entire West Northants area. And a range of people were quick to give it their backing, with residents emailing the council with messages of support, as well as sending in their favourite photos of Northampton for use in the submission document.

The campaign, which also featured videos of local figures, venues and landmarks promoting what Northampton has to offer, reached thousands of people.

The council even made its own cheeky bid directly to the Prime Minister, when Cllr John Shephard and his wife Judy took advantage of a lunch event with the PM to present him with a Northampton #BacktheBid beanie hat.

Council leader Cllr Jonathan Nunn said: “This bid will be a celebration of the people of Northampton, what they have achieved, and everything that is still to come.

The council is working with partners, local organisations and communities to finalise the bid document, which will celebrate Northampton’s heritage, culture, pride and ambition. The bid must be submitted by the deadline on Wednesday (December 8), with the winning cities expected to be announced early next year.

Cllr Nunn said: “The overwhelming support we have received shows we have the hearts of the county backing our bid and we feel confident our submission will demonstrate that Northampton is an exemplary case for city status.”

The council’s Labour group leader Cllr Gareth Eales added: “As someone born and bred in Northampton with long family history here, I could not be prouder to support our bid for city status.”