YOU ARE AT: Business MK > News > Council announces travel update ahead of this weekend’s British Grand Prix at Silverstone 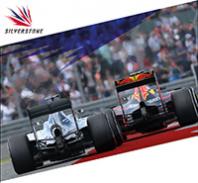 The tried and tested British F1 Grand Prix travel plan and diversions will be in effect at various times between Friday (July 14) and race day on Sunday (July 16).

This year more people are expected to arrive ahead of the main F1 programme to enjoy the concert by Travis on Thursday (July 13), with support acts taking the stage from 6.30pm.

South Northamptonshire Council leader Cllr Ian McCord said: “Every summer South Northants is thrust on to a global stage when the Formula 1 circus arrives along with hundreds of thousands of motorsport fans.

“Millions of pounds will be spent in the region over that one weekend but we must recognise that it does cause some disruption.

“That is why SNC works closely with the circuit, police, Northamptonshire County Council, Highways England and other partners to inform those new to the district and remind existing residents to plan their weekend around the diversions.”

Travel Plan leaflets are being delivered to residents in communities surrounding the circuit and they also are available at various locations around the district.

Download the leaflet from http://www.silverstone.co.uk/wp-content/uploads/2016/03/British-Grand-Prix-Traffic-Leaflet-2017-v1.pdf.
In summary, the travel plan includes: