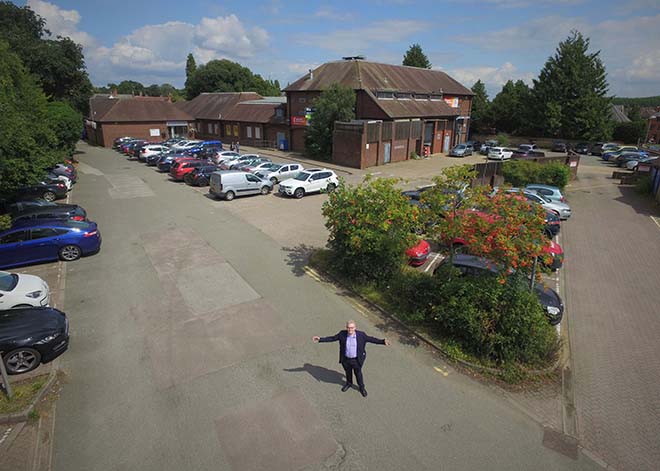 A CAR PARK in the heart of Towcester could be secured for public use after South Northamptonshire Council’s offer to buy it was accepted by the owners.

The Co-op supermarket, off Richmond Road, has been unoccupied for some time and includes around 70 public parking spaces.

The council will not be able to reveal its plans for the future of the site until the deal is completed over the next few months and the sale approved by a meeting of the full council. But it has said that the free car parking on the site will be safeguarded for the future once the acquisition is completed.

Council leader Cllr Ian McCord said: “This is money generated by the sale of homes in Towcester which is being invested back into the town and it is a one-off opportunity to secure parking for shoppers, residents and businesses.

“We have made huge strides over recent years with the Moat Lane regeneration the other side of the high street and I am delighted that we now have this exciting opportunity to improve the town further.”

The acquisition has been made possible through additional payments by developers on the deals done to redevelop the Moat Lane and Springfields sites in Towcester.

South Northants Council struck the deals when the housing market was flat but foresaw a circumstance that house prices could recover and made provision in the deals that if that happened additional money would be paid to the council, said a spokesman.