YOU ARE AT: Business MK > News > Corporation tax cut: a major incentive for inward investors 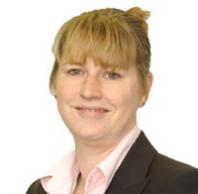 This is headed by the reduction of 2% in corporation tax to 26%, with further cuts to come that will give the UK the lowest corporation tax rate of the G7 nations and provide a major incentive to overseas investment.
Baker Tilly tax partner Hazel Platt (pictured) assesses the Chancellor’s announcements.
“Firstly, corporation tax rates are going down by double the planned 1% reduction from April 1 2011, with more reductions to come.  This will, ultimately, give the UK the lowest corporation tax rate in the G7, which must be good news for domestic companies and inward investors alike.
“Regarding inward investment, there is a new regime for non-domiciled individuals, which includes an exemption from tax on funds remitted to the UK for the purpose of commercial investment in a UK business. This should encourage foreign entrepreneurs to invest in the UK.
“There is lots of encouragement for UK entrepreneurs too. The improvements in the Enterprise Investment Scheme will be very welcome; an increase in the rate of relief to 30% from April 2011 and increases in the size of qualifying companies and on the amounts companies can receive from April 2012 should re-energise this previously popular relief.
“Our clients will be even more pleased to hear that Entrepreneurs’ Relief, which effectively taxes capital gains on business disposals at only 10%, has been doubled to apply to the first £10 million of lifetime gains.  The government believe this will encourage successful serial entrepreneurs to reinvest their gains and we agree with them.
“If the business you are investing in is developing new products or technologies, you will be delighted to know that R&D tax credits for SMEs will be increased to 200% of qualifying expenditure with effect from April 2011, rising again in 2012 to 225%.
“The Chancellor has also announced reductions in employment red tape; improvements in the planning application system; limits on new government regulation for micro businesses and lots of new Enterprise Zones.
“Of course, it’s not all good news in the Budget. The Chancellor had already warned in December that there was going to be a crackdown on certain anti-avoidance schemes, but the news that there would be a crackdown on tax on high value property will be a blow to some. The impact of previously announced increases to NIC rates and reductions in capital allowances will reduce the positive impact of the decrease in Corporation Tax.  Also, if you are a bank or an oil company, you might be feeling rather victimised right now.
“But for the vast majority of aspirational growing businesses in the UK, the 2011 Budget is the most exciting one we have seen for a very long time.”